Crossing the Arctic Circle immerses you in a surreal world of icy beauty. Here, between the northern seas, a pristine wilderness is waiting to be discovered by you.

Join us on our cruise through the Arctic and experience the usual excellent VIVA service with a variety of delights that knows no bounds. 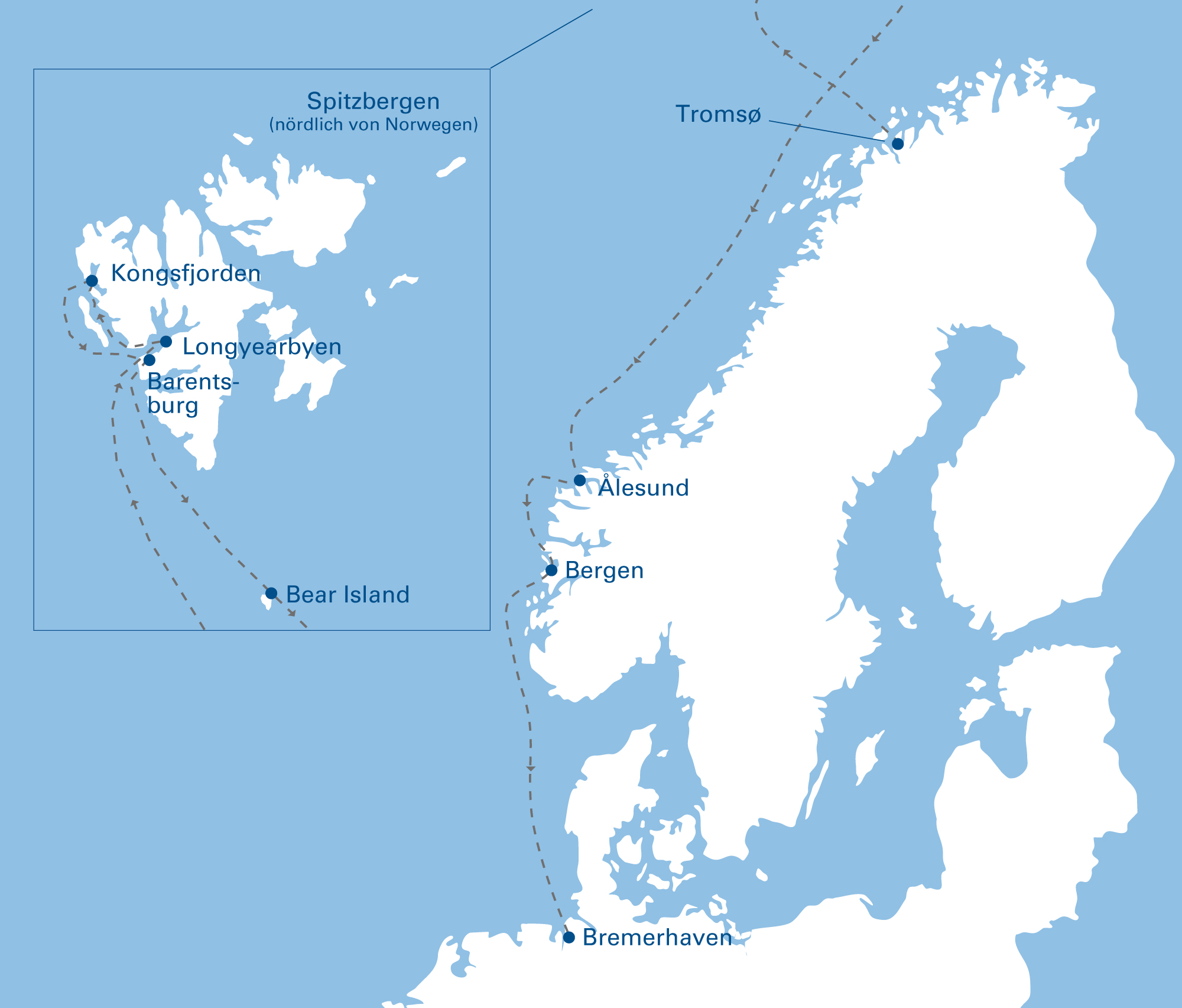 Crossing the Arctic Circle immerses you in a surreal world of icy beauty. In Tromsø, the gateway to the Arctic, we set off in the direction of Svalbard. You enjoy the anticipation on board in the best 4-star comfort until the "cool coast", as Svalbard is called in the local language, finally rises on the horizon.

Here between the northern seas, halfway between Norway and the North Pole, a pristine wilderness awaits your discovery. Massive glacier masses make their way, craggy rocks tower proudly, and in summer small plants and mosses find their way through the rough ground and bathe the tundra in soft shades of green. The midnight sun presents this natural spectacle to you in the most beautiful light. Stops in the capital Longyearbyen and in the Russian mining settlement Barentsburg show you the "urban" side of the archipelago, where more polar bears live than people and where snowmobiles and dog sleds are used for transport instead of cars. After a short stop on Bear Island with its bizarre coastal landscape, you will return to the Norwegian mainland, where you can look back on an incomparable holiday while enjoying fantastic panoramic views.