Between Fire and Ice

The fire of the volcanoes and the eternal ice of the glaciers have formed an unmistakable landscape in Iceland. The interplay of the elements and unique natural phenomena make this cruise truly spectacular.

Join us on our cruise and experience the usual excellent VIVA service with a variety of delights that knows no bounds. 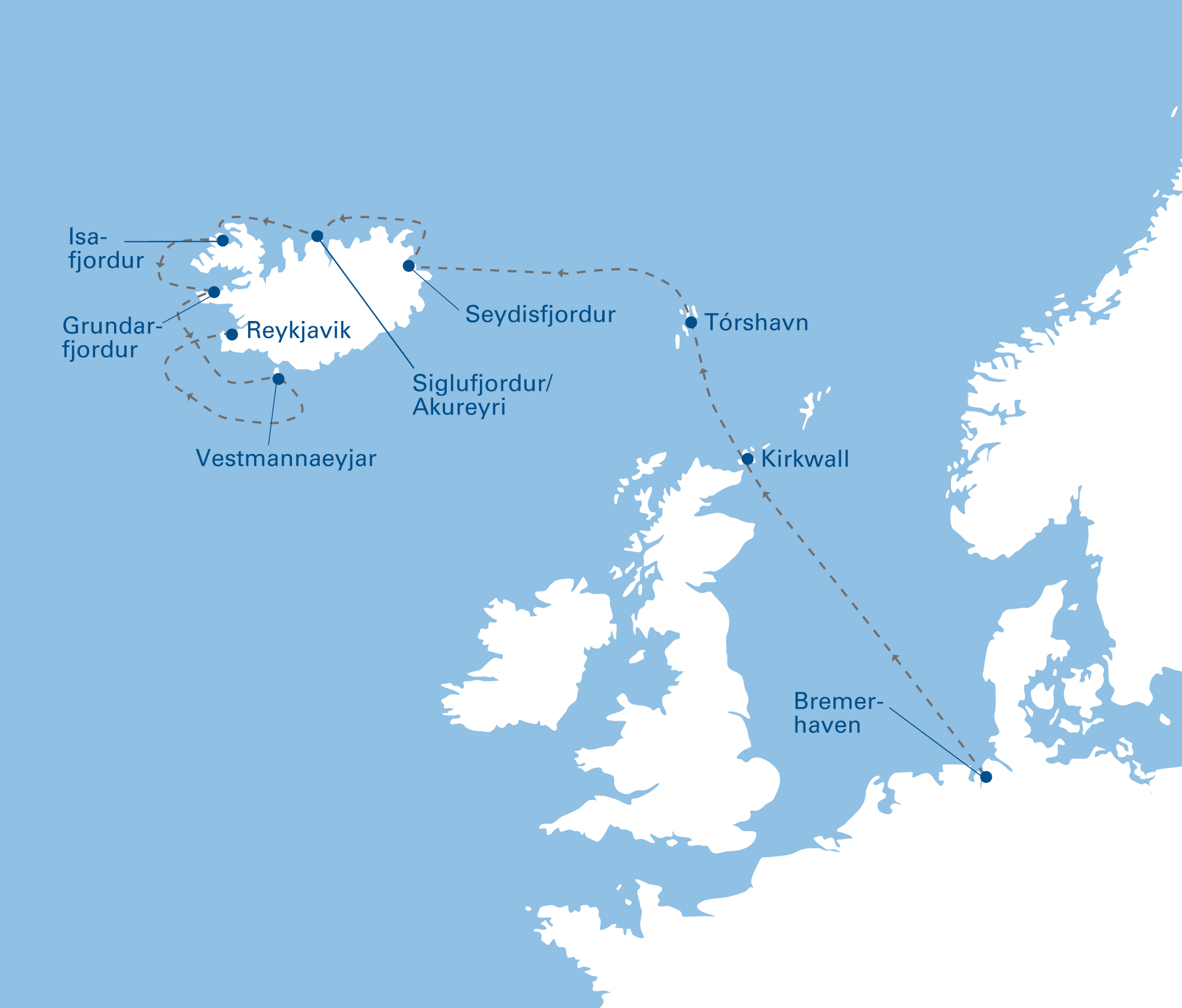 The fire of the volcanoes and the eternal ice of the glaciers have formed an unmistakable landscape in Iceland. Even today, the interplay of the elements produces natural phenomena that cannot be found anywhere else in the world: Geysers spew metre-high fountains into the air, waterfalls tumble thunderously into the depths, hot springs bubble up from the earth. We will show you the most beautiful places in Iceland, which are surrounded by numerous myths and legends.

Even from on board, you can enjoy picturesque views that make you look forward to each and every shore excursion. The volcanic island, discovered by the Vikings in the 9th century, impresses with its many faces: In Akureyri, an unexpected blaze of colour surprises you in the botanical garden. And while the world seems to stand still on the Vestmannaeyjar archipelago with its grottos and caves, Reykjavik appears increasingly modern. The northernmost capital of the world is the final point of your cruise, which you will be talking about for a long time.